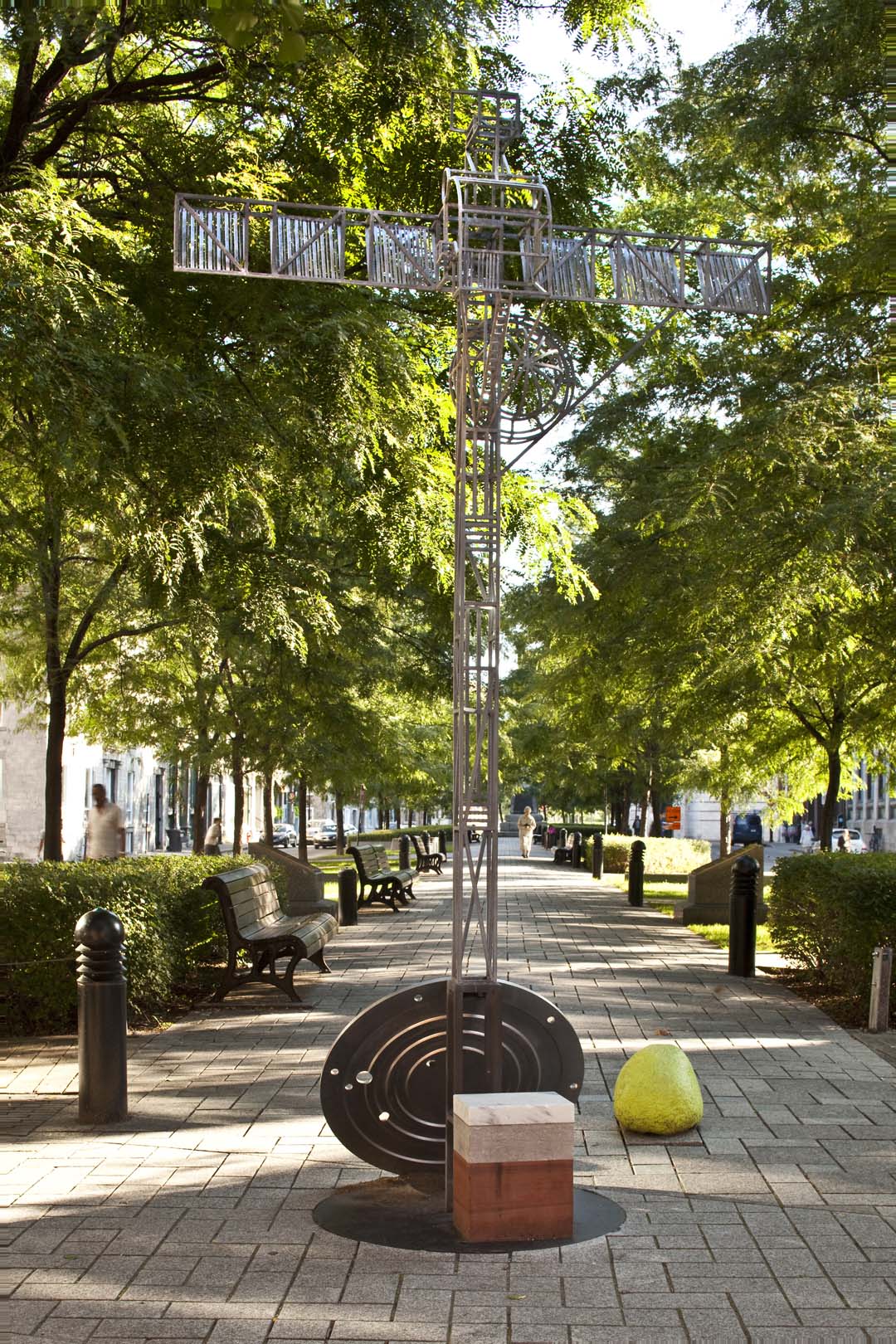 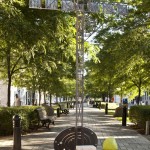 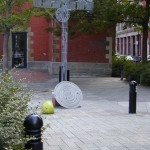 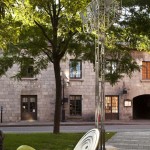 Situated at the end of the walkway linking the Centre d’histoire de Montréal and the Pointe-à-Callière archaeology and history museum, in a square described by its architects as “a counterpoint of sidewalks and green space,” La Peur brings together an assortment of highly symbolic elements. From a granite slab rises a cross formed of a complex assemblage of square steel rods. On the ground, an aluminum disk adorned with an index finger, made from a cast of the artist’s finger, leans on the cross, and a layered block of sandstone, limestone, and marble is placed on the base. At a slight distance is a granite rock painted green.

Made from manufactured, processed, and raw materials, La Peur reflects the different stages in the development of civilization. The rock and the block made of strata of stone refer to the most ancient times. The cross, the essential symbol of Christianity, refers to the active participation of religion in Québec’s development; from a geographic point of view, it echoes, on a human scale, the cross on Mount Royal. An unusual shape appended to it evokes a satellite placed in orbit in space. The finger, inserted into the disk transformed into a shield, is read as a metaphor for fear.

This unique assemblage, inspired by memories of childhood, was Mihalcean’s first outdoor artwork. It engenders a form of semantic indeterminacy that appeals to the imagination. Like many of the artist’s works, it is the viewer’s interpretation that creates the true poem. In Mihalcean’s view, it is “an attempt to create a scene by multiplying images that could be associated with it, so … that the sculpture is presented … as a sort of story in motion” (1998; our translation).