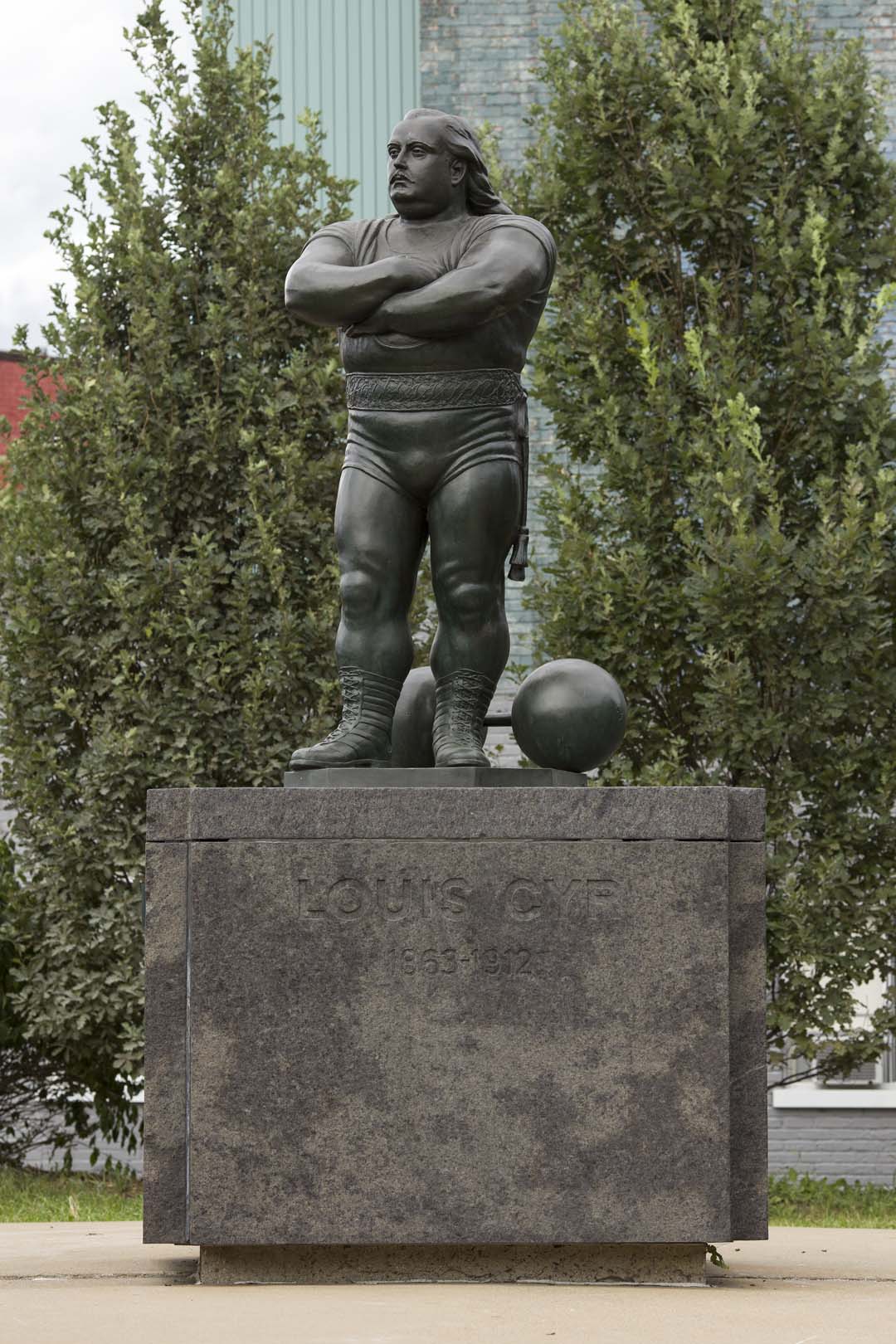 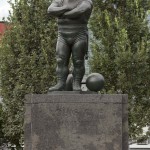 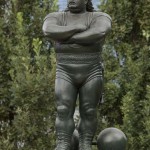 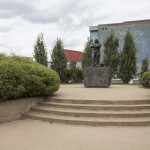 Robert Pelletier, a painter and sculptor, graduated from the École des beaux-arts de Montréal in 1936 and later worked as a teacher for the Montreal Catholic School Board. He produced a first bust of Quebec strongman Louis Cyr that was displayed at the Art Association of Montreal (now the Montréal Museum of Fine Art) in 1941. Almost 30 years later, he made preliminary drawings for a monument to Cyr, and the project was proposed first to the municipality of Napierville. Finally, the project was commissioned by Cyr’s grandson, Dr. Gérald Aumont, in 1970. Another of Pelletier’s other significant artworks is the bust of Édouard Montpetit, founder of the School of Social, Economic, and Political Sciences at the Université de Montréal.

The monument commemorates Louis Cyr, the Quebec weightlifter said to have been, in his time, the “strongest man in the world.” The Sud-ouest Borough hosts the full-round statue of Cyr because in 1883, the Canadian Samson was employed by the Ville de Montréal as a police officer in the neighbourhood. He is portrayed in a weightlifter’s outfit, at age 28, in a pose characteristic of his discipline: arms crossed and a determined gaze. Accompanied by the tools of his sport – a barbell at his feet, dressed in a singlet and ankle-height boots – Cyr wears a bronze belt inscribed Fortissimo, framed by maple leaves. The belt was given to him by the Société Saint-Jean-Baptiste in 1908, in the presence of Sir Wilfrid Laurier and Honoré Mercier.

The figure is rendered to resemble the preserved archival photographs of Cyr and was probably inspired by portraits of the champion published in newspapers. The monument, portraying Cyr in all of his colossal strength and as a Canadian promoter of physical culture and athleticism, was a major work in the career of Quebec sculptor Robert Pelletier. The plaster cast of the statue is now preserved at the Musée de la civilisation de Québec.