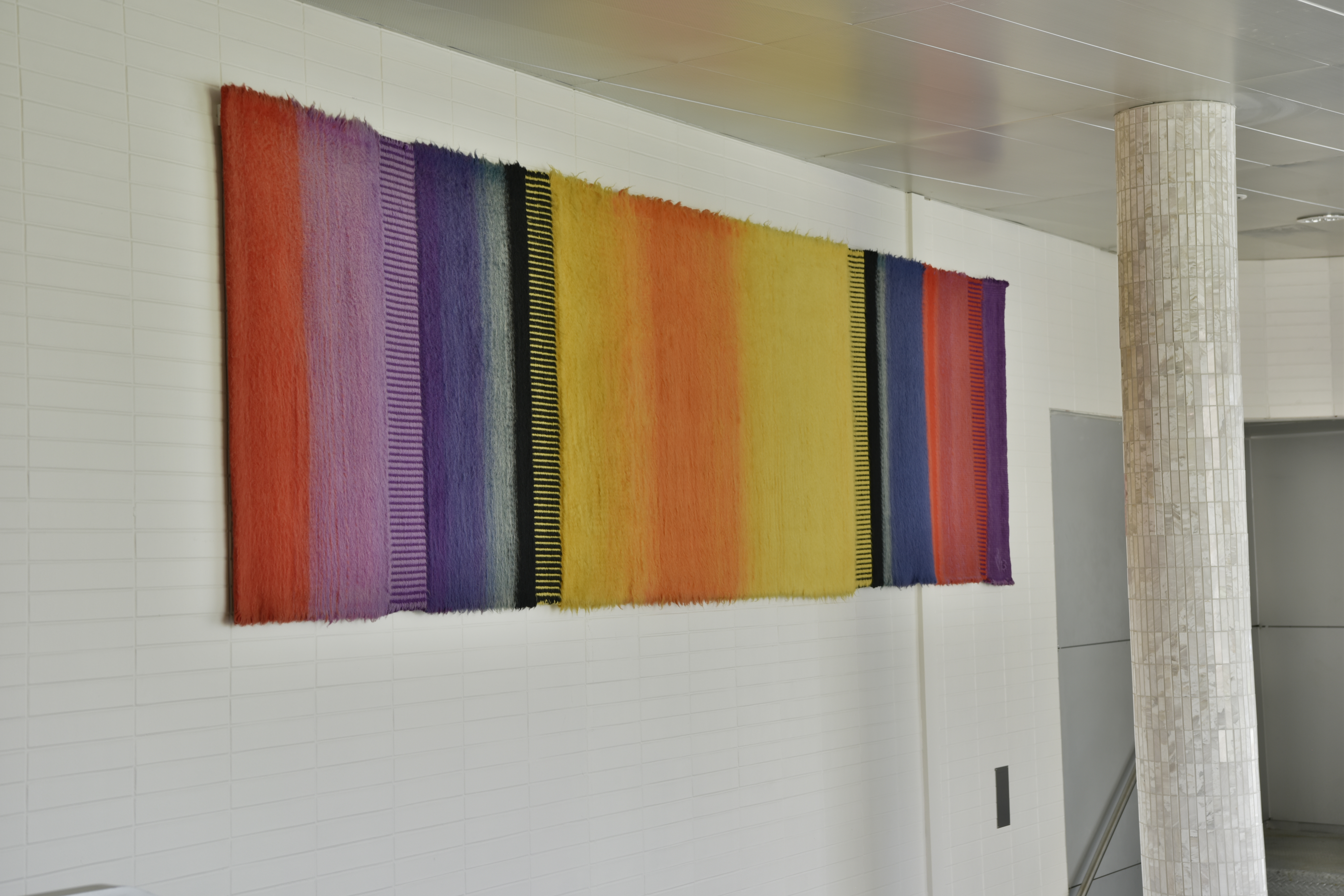 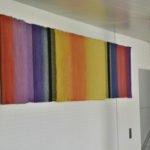 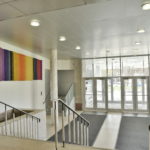 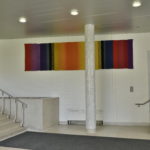 Mariette Rousseau is a Quebec artist weaver. From 1944 to 1948 she studied at the École des beaux-arts de Québec, where she trained in textile design and tapestry making. She pursued her studies the following year in the United States, attending the Oakland College of Arts & Crafts while also working as a designer in the studio of Dorothy Liebes, in San Francisco, California. The many trips she made to Europe and Japan between1952 and 1968 enabled her subsequently to enhance her knowledge of tapestry techniques.
On her marriage to the ceramist Claude Vermette, the artist changed her name to Rousseau-Vermette.

Mariette Rousseau-Vermette has earned numerous prizes and awards over the course of her career. Her internationally recognized work is represented in private and public collections in North America, Europe and Japan.

She is a member of the “New Tapestry” movement that developed in the mid-1960s, which saw tapestry emerge as an autonomous art form, on a par with painting. Contemporary artist weavers have reinvented tapestry making, often taking a multi-disciplinary approach. Combining different techniques and mediums, they focus on the specificity of materials, whether synthetic or natural, vegetal or animal, intent on harnessing all their aesthetic potential.

The tapestry Untitled was donated to Collège Ahuntsic by Angers & Perron, the architectural firm that designed its sports pavilion and library. Since 1973, the tapestry has been installed in three different locations. After hanging initially in the reading room of the Laurent-Michel-Vacher Library, above the catalogue files, it was taken down and placed in storage when this space underwent expansion. Between 1998 and 2018 it hung on the east wall of the staircase leading to the library’s second floor. Since winter 2019 it has been on view in the entrance hall of the François-de-Laval Pavilion (Building A).

In contemporary tapestry, artist weavers may employ several techniques in a single work, combining weaving, braiding and knitting, for example. They also sometimes leave warp threads visible in order to reveal the material and basic process of their work. On occasion, a textile piece might be installed elsewhere than on a wall, taking on a spatial or environmental character.
The tapestry belonging to Collège Ahuntsic is a mural work. The warp threads are entirely covered by the coloured wool yarn that forms the weft, which the artist brushed after weaving, making the underlying threads even less visible. This technique adds volume to the tapestry, giving it a fleecy texture that stands out against the bareness of the painted concrete walls. The brushing also has the effect of softening the geometric rigidity of the vertical sequence of saturated colours that forms the composition. The simplified coloured forms structure the work and inhabit the architectural space.

The work’s coloured patterns are reminiscent of the American painting movement of geometric abstract expressionism, especially Mark Rothko’s large format paintings featuring hazy fields of colour, executed at around the same time.
The tapestry integrates admirably with the geometric verticals and horizontals of the surrounding modern architecture, with which the gradations of colour and soft texture of the wool create an interesting contrast.