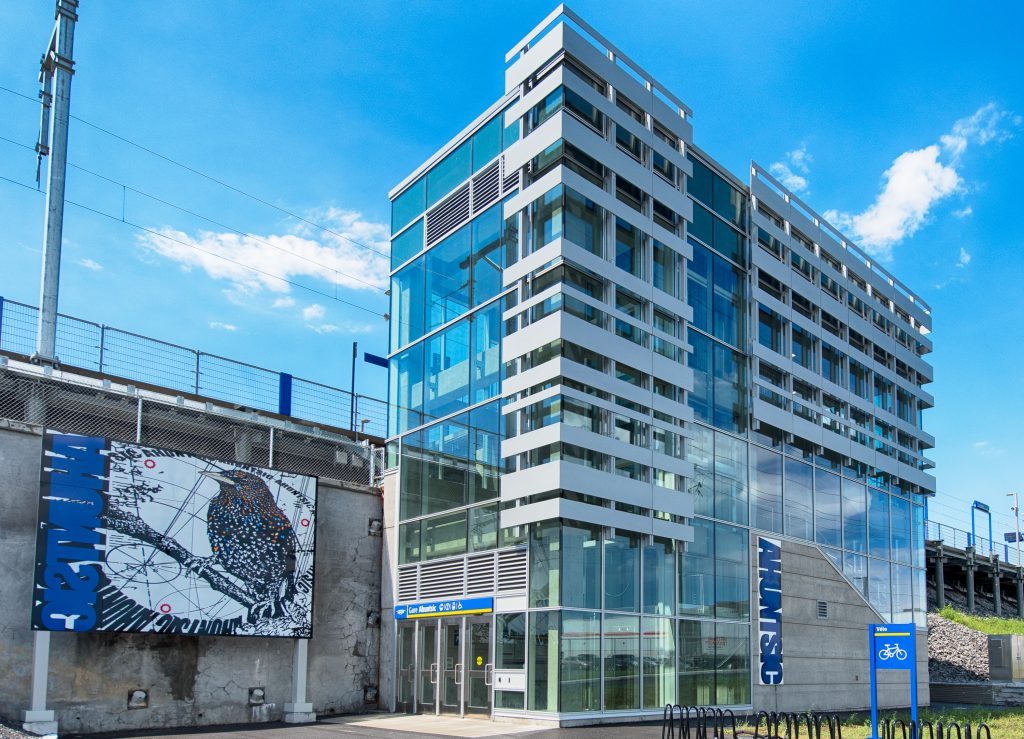 From Ahuntsic to Pointe-aux-Trembles, the Agence métropolitaine de transport is bringing beauty to the urban commute by adding art work to stations.

The Mascouche Train de l’Est line has been serving eastern Montréal and the northeastern ring of the metropolitan region since December 2014. Space has been set aside for public art in each of its ten stations, through a competition organized under the Québec government’s policy to integrate art into architecture and the environment of public and governmental buildings and sites. With these additions, the AMT art collection now includes 14 creations: ten for the Train de l’Est project, four in Laval métro stations, and one at the new Longueuil‒Saint-Hubert train station. In partnership with Art Public Montréal, the AMT is unveiling six creations located on the island of Montréal.

This artwork is located at stations extending to the northeast of the city. It is designed to capture the attention of commuters as they go about their daily trips. Installed in transfer areas, welcoming people as they enter the stations or parking lots, the six pieces present invigorating colours, which bring a sense of life to the setting. Murals predominate, installed on the exterior walls of entrance kiosks and passageways. Of course the themes of travel and movement were a source of inspiration for the artist, as were voyage and discovery, cohabitation, connections between places and people, and our use of objects in daily life. The subjects are presented visually through geometric forms—colourful confetti or traditional quilt designs—or, in the case of J’arrive by Gilles Mihalcean, by three-dimensional structure evoking an open suitcase.

The AMT art collection is appreciated and recognized by both commuters and visual art experts. In 2014, two of the pieces conceived especially for the Mascouche line were entered in competition at the Gala des arts visuels, Public Art category. The first was Flux, by Sylvain Bouthillette, at the Saint-Léonard – Montréal-Nord station, while Marc Dulude was the artist of Continuum, installed at the Mascouche station. Even if the latter work is located off-island, it is well worth a visit. Along your way, stop in Repentigny to see Arbre de la gare, by Nicolas Baier, and again in Terrebonne to discover Myriade, which is comprised of two sculptures and murals by Patrick Coutu.

As required by the arts integration policy, the artwork for each of the new stations was selected by a committee made up of representatives of users, the owner (AMT), the architect, visual arts specialists and the ministère de la Culture et des Communications du Québec. Due to the construction schedule of the Sauvé train station, one additional piece will be unveiled and installed in 2017.

The STM and art in the métro: the Snowdon station gate 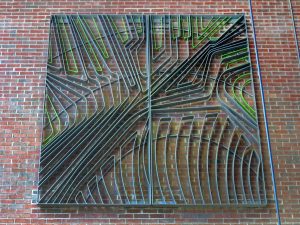 Sometimes, construction requires a work of art to be moved temporarily or permanently. This was the case for one of the sculptural gates created by architect Jean-Louis Beaulieu, at the Snowdon métro station. But the move allowed the public to better appreciate this little-known Montréal métro artwork. The Snowdon station opened in September 1981, designed […]